Stem Cell Therapy, and Its Role in Orthopedic Injuries

The most exciting field of study in all or Medicine today, not just Orthopedics, is Stem Cell Research and the translation of what we know thus far into effective clinical treatments for a multitude of conditions.  We all have a different level of familiarity and knowledge with this topic, and so our first task is to briefly review some of the basic principles of Stem Cell Therapy in Orthopedics.  From there, I will get into the ever-expanding potential uses, then we'll take a a look at the treatment process, and finally we'll try to tie it all back in.

My first suggestion would be for all patients who are interested in learning more about Stem Cells to watch this video.  It is a video segment from the Doctors television show that aired in 2012 which covered the topic of Stem Cells in Orthopedics.  I'll discuss some of the key takeaway points in just a moment.   [Please note that Dr. Harris does not endorse the proprietary system used in this video, but rather, intends for this video to serve an instructional and educational purpose only.]

Few people would disagree that this video is an extremely encouraging illustration of the potential healing powers of stem cell therapy.  There are many patients that experience just as profound of a life-changing outcome as this patient did.  But, we need to bear in mind that such remarkable outcomes are not always seen, particularly in as short of a period of time as this patient and her physician claimed.  There are several important discussion points that we need to address.  For starters, the video clearly shows the patient undergoing an injection to her meniscus. (Please refer to the section on Meniscal Injury for a more thorough review.)  All patients need to understand that the vast majority of meniscal tears will not be expected to heal from simply injecting stem cells into the tear site. The reason for this requires a full discussion on the biomechanical stresses that a meniscus is exposed to, especially when compromised as occurs with a meniscal tear, and the improbability of any fluid injection being capable of rapidly restoring the structural integrity of a healthy meniscus.  Now, had the physicians also performed a meniscal repair procedure, in addition to injecting Stem Cells, then we would be looking at a much more viable explanation to this patient's improvement.

Some of you may have noticed that the host of the show and the treating physician point out an area of cartilage that was damaged, and they compare it to a "later" image showing what would appear to be filling of the defect.  I would not expect the non-Orthopedist who happens to be reading this to have picked up on the subtle difference between those before and after images, which is why I'm going to help you out.  An MRI produces images that represent slices through a body part.  Just as you can appreciate that one slice of cheese in an entire pack could potentially look very different from a slice that is next to it.  For example, there could be an air bubble in one clice, but not the next, eventhough those two slices look otherwise identical.  The physician in this video does not show the same "slice of cheese" before and after.  Instead, he shows one slice before, and a completely different slice in the after.  I suspect that this could easily explain why the cartilage defect ("air bubble") appears to vanish, or at least diminish in size between the two images.  This is very, very misleading.  I can demonstrate to you further in the office how we know that these were not even the same slice, but suffice to say, they were not.  This is not to say that properly administered Stem Cells cannot help damaged cartilage repair itself, just as they allude to, but I personally believe in more transparent results and they simply do not accomplish this in the video.

One thing I really, really do NOT like is misleading patients.  And playing slight of hand tricks like the one in the video is not something I will ever condone.  And it casts shadows on an incredible treatment option that is likely to negatively effect the public's perception of Stem Cell Therapy.  Moving on.  The particular proprietary system shown in the video involves a harvesting system in which a thick needle is placed into the pelvis bone to withdraw blood and the stem cells that are contained within that blood.   While this method is absolutely valid, they mis-spoke and said that stem cells are found in the highest concentration in this area.  That is simply false.  Possibly at the time this video was made, that was their theory, but today, we now know that the highest concentrations of stem cells are actually found in our FAT!   That's right, our FAT!  Who would have thought that all that fat around our bellies and in our legs could actually be put to good use for our health?

The last point that I want to make about the video is regarding the timing of everything.  It is extremely unusual for any person to experience such profound relief in a matter of only days, let alone attribute this improvement to healing of the actual injury.  More realistic is that any early effects (3-7 days) are likely to be secondary to the ongoing inflammation and pain response being muted on account of there being an unexpected arrival of healing cells.  Our brains perceive pain, but what this pain is really just the activation of pain receptors by various cell signalling molecules, some of which are Interleukins that get released by Platelets (see PRP Therapy) and other healing cells that arrive on scene early in the injury process.  Production of these pain signalling molecules goes hand in hand with the release of all of the "good" Growth Factors and signals that direct the body to heal.  At its most fundamental level, pain is a process that evolved in order to tell us to TAKE IT EASY ON AN INJURED BODY PART IN ORDER TO ALLOW OUR BODIES A CHANCE TO TRY AND HEAL.  As much as we don't like pain, it's an essential part of healing.

As we just mentioned, the platelets and other response cells that arrive on scene early are designed to release these signalling growth factors and Interleukins in order to recruit stem cells to the area, and signal to your brain that something is injured.  As soon as these stem cells begin to arrive, the actual healing process begins and those initial cells begin to stop releasing those signalling molecules which were activating so many of the pain receptors. If you inject massive quantities of stem cells to a site of injury, it makes sense that you can decrease the pain because those initial cells stop releasing the molecules that are designed to recruit them, but happen to activate pain receptors in the process.  But just because your pain goes away does NOT MEAN YOU ARE HEALED.

The video gives the impression to viewers that the patient "healed" in a matter of days.  That just simply isn't humanly possible.  Once stem cells arrive, it still takes weeks for them to evolve into the healing cells needed and produce tissue that is actually mending the injury or defect.   Patients who returning to full activity before this process has completed, or overdoing such as by walking down steps on a still torn meniscus are very likely to incur additional damage, or at the very least a failure to properly heal.   Stem cells kick start and amplify the process and healing response, but they do not make us heal like superhuman beings out of a Science Fiction movie.

What are Stem Cells?

At one point in time, each of the cells in our body was a stem cell, or in other words, a very primitive and unrefined cell.  Primitive as they be, stem cells are incredibly complex and hold tremendous potential.  Depending on what chemicals and cell signals these cells are exposed to, they can go on to become any number of mature cells - everything from hair on our head, part of our spinal cord, to the blood flowing through our veins.  Let's look at some the various stem cells:

[Cont.] Adipose-derived Stem Cells (ASCs) have become a major area of focus recently on account of their relative abundance (partly due to their higher concentrations per unit area, but also on account of the relative abundance of fat tissue in most adults), and because they hold the unique ability to differentiate into a number of the most important cells in orthopedics.  Taking fat and turning it into new cartilage to fill in an area of arthritis, healthy new one to heal a fracture, or new muscle tissue to help heal a hamstring rupture are extremely appealing ideas.  Our most cutting edge Stem Cell Therapies combine the relatively longer track records of using Hematopoietic Stem Cells (HSCs) and Mesenchymal-derived Stem Cells (MSCs) with the recently explored ASCs into a "super-mixture" of Stem Cells.  Each of the stem cell lines just listed possesses unique properties that distinguish themselves from one another.

Combining the Stem Cell Therapy with a PRP injection is synonymous to gasoline and a match.  The PRP is the match that causes the stem cells to explode into action, but without the activation the liquid will just sit there and never ignite.  Under the right circumstances we can help to control the specific healing cells that these stem cells become.  Injected into an ailing knee with a meniscal tear, or arthritis, we can exponentially boost your body's ability to form new cartilage.  Proper management of the underlying injury or cause, along with combined Stem Cell/PRP is going to become the standard of care throughout the world in the coming years.   Let's take a look at another video now that we have a basic understanding of Stem Cells and PRP:

This video highlights individuals who are too young to require end-of-the-road treatments.  They are healthy persons who simply need a little help, a kickstart if you will, to enable their bodies to heal.  For reasons that we still do not fully understand, our bodies often fall short of healing themselves properly even when initially offered the best care possible.  It is confounding to persons such as myself that everything we inject into your site of injury or damage comes from your own body.  In other words, your body possessed everything that it needed to heal itself, or regenerate itself in the first place.  Unfortunately, it just isn't able to bring these cells together in the concentrations that are necessary for the healing to be optimized.

Dr. Harris's role is to coordinate and manipulate your body's own healing process by giving it a major boost using the techniques that you have just learned about, through the addition of PRP and Stem Cell Therapy.  Admittedly, this is an evolving technology, and as a result of it being cutting edge, we still do not know its limitations.  For the time being, the sky is the limit.  For all of those patients out there who have tried every other treatment, and exhausted all other options, my advice to you is to make an appointment to visit us at the JPLRC.  Listen to your body, and if it's telling you that it just isn't time to get that knee replaced, or to have your ankle fused...then chances are, your body is right.

There is no article or video that is specific enough to each patient's unique history and pathology in order for them to ever serve as a substitute for a thorough examination.  Make your appointment today, and take the next step in reclaiming control over your health. 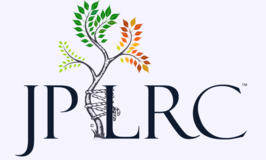