1.  Females - girls simply have a higher risk of being born with and/or developing DDH.

2.  1st-born children - your oldest child is more likely to have DDH than subsequent children.

3.  Breech Birth - children presenting at birth in this position are more likely to suffer from DDH due        to intra-uterine positioning while the young hip joint was still developing.

4. (+) Family History - if you or someone in your family was born with DDH, then you are more likely

to have children born with DDH.

5. Oligohydramnios - Mothers diagnosed with this condition during pregnancy are more likely to             have children with DDH, likely because the developing child has less room to move and the

1.  Congenital Torticollis - Approximately 20% of patients with this condition also have DDH.

2.  Metatarsus Adductus - Children born with this foot deformity should be examined for DDH.

3.  Congenital Knee Dislocation - due to the forces on the hip, these patients often have DDH too.

no longer soft enough to sufficiently remodel and form a normal acetabulum.  Usually up to the age of 4 years old, a child's acetabulum can go on to form properly as long as the hip is put back in place.

Beyond the age of 4 years old though, this ability to remodel decreases, and so we therefore need to cut the pelvis and help reshape it.

Your child may be younger than 4 years old, but the DDH may be so severe that the acetabulum would not be expected to remodel, even if the hip was put back in place.

Certain conditions which cause DDH are more likely to require more aggressive treatment, in the form of a pelvic osteotomy.  These may include but are not limited to, babies who are born with a complete Dislocation, babies with Cerebral Palsy, Spina Bifida, Down's Syndrome or Arthrogryposis to name a few.  Because the muscles and nerves don't always work normally in many of these patients, we need to do all that we can to make sure that your baby will develop a normal hip joint. 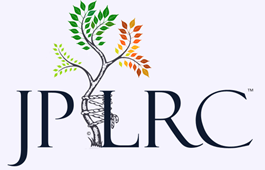 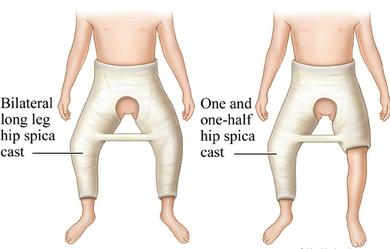 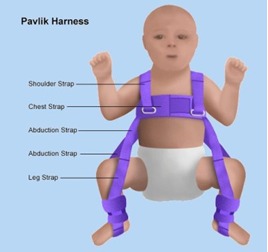 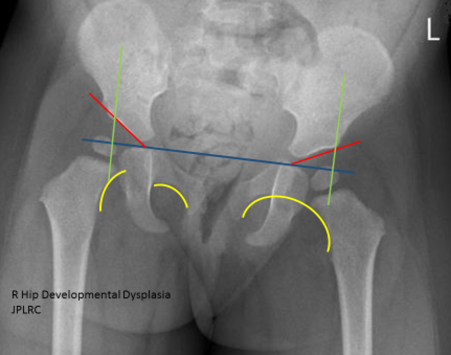 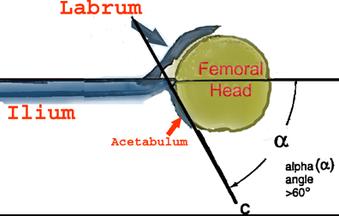 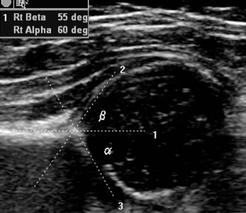 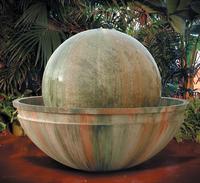 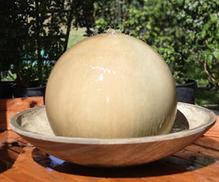 Developmental Dysplasia of the Hip and Hip Dislocation -

An Overview for Parents

Developmental Dysplasia of the Hip, more commonly referred to as DDH, and Hip Dislocation are separate and distinct conditions, although often they are very much related to one another.  Children born with DDH are more susceptible to developing a Hip Dislocation.  Similarly, children born with a dislocated hip at birth generally already had a dysplastic hip, or an underlying neurologic condition that was responsible.

DDH of the hip is a condition where the "socket" (the acetabulum) does not develop and form properly in a way that can contain the "ball" (the femoral head) like it ought to.  Essentially, picture a bowl that is either too shallow, or not completely formed all the way around.   This makes it more easy for a ball sitting inside this bowl to "roll" out.   You can see how the ball on the RIGHT can much more easily "roll" out of the shallow bowl, than the ball on the LEFT can in the deeper bowl.

If the ball starts to "roll out" but is still mostly in the "bowl," we refer to this as Subluxation.  There are many different degrees to subluxation.  Some hips are only a tiny bit subluxated, while others are nearly completely subluxated. Once the ball is entirely out of the bowl, we call this Dislocation.  Unfortunately, there is no way to predict with 100% certainty if your child will develop DDH.  But we do know that there are several factors that can predispose to it, such as:

We also know that DDH is more commonly seen in association with several other conditions that your baby may be diagnosed with.  If your child has any of these conditions, particular attention should be given to making sure that your baby does not have anything wrong with their hips too, by having a proper examination and testing.

The GOOD NEWS is that Pediatricians are usually very good at detecting when your child has DDH.  In some cases, it may not be detectable immediately after birth, but this is OK.  This is why Orthopedists changed the name from Congenital Dysplasia of the Hip, to Developmental Dysplasia of the Hip, because the process can continue to develop after the child is born.

Diagnosing DDH:  Despite all the technology and expensive tests that we have today, the GOLD Standard for detecting DDH is still a thorough Physical Examination performed by a trained medical professional.   Sometimes, your baby will be resting with a hip out of place, and when the Doctor examines him/her, the hip "pops back" into place.  At this young age, this is not painful, and this is why many parents and medical staff will not notice this condition on their own.  Similarly, the hip may be in place in your baby, but with gentle pressure, it can be "popped out."   These are signs to a Pediatrician that your child may have DDH, and they will often order an Ultrasound.  Another reason to get an Ultrasound is if your baby has any of the conditions or factors that we just discussed above.

Ultrasounds of the hip are a very benign test for your baby that do not require any sedation, and involve no harmful radiation...but they can provide a LOT of information.  On an ultrasound, we are looking for the general shape of your child's acetabulum (the "socket") and how the femoral head (the "ball"" sits in it).

As your baby grows older, we prefer to use XRays instead of Ultrasounds because we can obtain even more information from an XRay than we can an Ultrasound.   But it isn't until babies are about 4 months old before there is enough calcium in the parts of their bones that we need to see for them to show up on an XRay.

Treating DDH:  We prefer to begin treating DDH as soon as it is diagnosed because many times with proper early treatment, your child's acetabulum can remodel on its own without the need for any surgery.  By simply guiding the femoral head back into the acetabulum, the bone is soft enough that it will begin to form a nice "bowl" around the head like it is supposed to.   A Pavlik Harness is a set of straps that brace the legs into the best position that can allow the hips to stay in place while the acetabulum properly remodels.  It is absolutely imperative that parents follow the instructions for Pavlik Harnesses, and keep their babies in them 23 hours a day, removing only very briefly for the sake of cleaning.  We will often attempt to use a Pavlik Harness on your child until they are about 6 months old, as long as the hip is still able to be safely reduced.  Up to 90% of babies with mild to moderate DDH can be safely treated with a Pavlik Harness, with good results.

If your child is older than 6 months of age, or if the hip cannot be safely reduced with only a Pavlik Harness, we then need to consider a different treatment.   Occasionally, despite following all the instructions for using the harness, your baby's hip(s) will continue to subluxate or possibly even dislocate.  In cases such as this, the first thing that we will generally attempt is to take your baby to the operating room, and then while your baby is asleep we place a special cast called a Spica Cast that is specifically designed to hold the legs in a position that keeps the femoral head positioned within the acetabulum.  We check to confirm that the hip is reduced before leaving the operating room.  This process is called a Closed Reduction, and can generally be attempted safely up to the age of about 18 months old.  Sometimes, we need to do minor surgery at the same time, which is a soft tissue release.   This relaxes some of the muscles that have become overly tight, and make it hard to keep the hip in place.

In cases where we are unable to relocate the hip joint with a Closed Reduction, or if there are conditions that prevent the hip from safely staying in place despite the cast and soft tissue release(s), we then need to perform what is called an Open Reduction.  This involves making a small incision in order to look into the hip joint, and then remove any excess soft tissue that does not belong there, while also performing soft tissue releases to help the hip stay in place.

In more moderate to severe DDH, we will sometimes need to not only look into the hip joint, but we may also need to cut the femur bone and either intentionally shorten it or move it so that the hip is reduced.  This is a bigger surgery for your baby, and it is also often upsetting for parents to think that their baby will have one leg that is different than the other.  Fortunately, if performed early, your baby's bone will completely remodel and oftentimes after only a couple years, you can no longer even tell on an XRay that your baby ever had his/her bone cut.  And if a small piece of bone needs to be removed so that there is not too much pressure on the femoral head when it is put back in place, it is usually so little that your baby will never notice the difference, and may very well grow extra bone to make up for it.

For children with severe DDH, their hips are often not amenable to Pavlilk Harness, Closed Reduction and sometimes even Open Reductions with only cutting the femur bone.  In these most severe of cases, we sometimes have to also cut the pelvis itself.  We do this in several instances:

Prognosis for DDH:  Orthopedists continue to learn more and more about the long-term consequences of not adequately treating DDH.   We now know that untreated DDH eventually becomes Adult Hip Dysplasia, which can lead to early arthritis, hip pain, altered range of motion and strength, and ultimately, lifestyle changes that could have been avoided if the DDH had been treated in childhood.  Patients with untreated DDH are also more likely to develop conditions in adulthood, such as FAI (Femoroacetabular Impingement).  With such significant implications, it is clear for parents to understand why we as Orthopedists want to do everything in our power to make sure that your child grows up to have as normal hip joints as possible.   With proper early treatment, mild to moderate DDH can oftentimes be completely reversed.  Even patients with severe DDH, if treated early on and properly, can grow up to be adults with healthy hip joints.