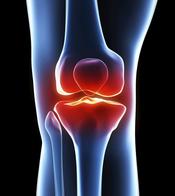 Microfracture of Knee showing Before (L), During (M) and After (R).  Photos from SPRI published in LER 4/2013.

The articular surfaces of all our moving, weight-bearing joints are covered with a layer of durable Hyaline Cartilage that is essential to healthy, pain-free joint motion.   Articular cartilage helps to evenly disperse loading forces across our joints and it provides a surface that makes motion smooth by having less friction than an ice cube on a counter top.  10 - 15% of this cartilage is made up of proteoglycan molecules that give cartilage is shock-absorber quality, 10 - 20% is made up of collagen which are the strong fibers that hold it all together and resist tearing, and 65 - 80% is water.  Under healthy conditions, the body maintains these percentages at a fairly constant state, but in the face of cartilage damage, or physiological changes such as those that occur during aging, they change significantly.  The more these baseline percentages change, including the relative concentrations of each of the major components, the more compromised and weak our articular cartilage becomes...becoming prone to even further damage.

As you can see in the illustration, there are several different layers to articular cartilage, and each layer is very different from the others.  They differ according to the relative concentrations of the various proteoglycans, cellular activity levels, amount of oxygen and orientation of the collagen fibers.  The reason for this variation is that each layer has a different function.  Some need to be more resistant to tearing, others need to be able to be more of a shock-absorber, and still others need to be the site of production for the major proteins and nutrient.  But, when articular cartilage is healthy and not injured, it functions very effectively as a single unit that enables us to walk, run, jump and perform any number of daily activities that we all too often take for granted until the time comes when those acitivities are met with pain because of unhealthy, or damaged cartilage.

Cartilage does not receive any direct blood supply.  Instead, blood vessels only go so far as the subchondral bone, and from that point on, all of the oxygen and nutrients that our blood carries then has to diffuse into the cartilage to nourish it.  Also, unlike in most other places of our body, there is no cell within the adult body that is capable of healing damaged cartilage (outside of a stem cell).  Stem cells are too large to diffuse through cartilage like oxygen and nutrients can.  For these reasons, cartilage is not able to heal itself when it is damaged.  This poses a very serious problem to any individual with cartilage damage, particularly young patients who have many years left on joints that are now going to be unable to support maintaining a healthy and active lifestyle.

What can we do to treat injured or damaged articular cartilage?

Historically, orthopedists believed that there was nothing that could be done to help repair, or address damaged cartilage.  Beginning in the middle part of last century, orthopedists began experimenting with the earliest joint replacements, and over time these have evolved to become a relatively safe and effective procedure used to treat diffuse, irreparably damaged cartilage today (aka Arthritis).  But this is far from an attractive or sensible option for patients with only an isolated location of cartilage damage, and it certainly is not a procedure for the vast majority of young patients.  Let's look at some of the treatments that we perform to address isolated cartilage damage.

For damage that is minimal and only affects the most superficial layers, we are better off shaving the cartilage flaps down and re-establishing a nice smooth surface with an adequate contour.  There is no replacement for the strength and durability of your own native articular cartilage, and every effort should me made to preserve it.  Occasionally, a cartilage flap is so large that trimming it away would leave a large area of exposed bone.  In some situations, we can actually "glue" or "fix" that loose piece in place in order to give it a chance of healing.  When this is not possible, or when there is already such extensive damage to the cartilage that goes much deeper than the outermost layers, we must turn to alternative treatment.

In the early 1980's an Orthopedic pioneer named Dr. Richard Steadman was experimenting on horses at the University of Colorado in Fort Collins.   One day he happened upon an incidental finding in which he and some of the Veterinarians noticed that horses were able to form a type of scar-cartilage at the site of full-thickness cartilage defects where it was also found that subchondral bone was damaged and exposed.  Dr. Steadman then saw that this scar-cartilage did not form in horses that only had cartilage damage to the outermost layers of the articular surface (partial-thickness).  He hypothesized that there was something that became activated in that subchondral bone when it is exposed and damaged.  Dr. Steadman knew that this response likely had something to do with the fact that there was blood supply to the subchondral bone, and perhaps within that blood were cells that could regenerate cartilage.  Today, we now understand that the blood supplies Stem Cells that are capable of forming a scar-cartilage.  We refer to this scar cartilage as Fribrocartilage.  It is not as thick, or as strong, or as durable as the original Hyaline Cartilage, but it is the only true form of regenerated cartilage that our bodies are capable of producing.

Dr. Steadman used this information to develop a revolutionary procedure called Microfracture.  Microfracture involves shaving and trimming away flecks of the damaged cartilaged in order to get down to the subchondral bone.  Tiny holes are then made into that subchondral bone to serve as vents for blood to slowly trickle out.  The platelets then form a blood clot, within which they release Growth Factors that signal to the Stem Cells in that blood to begin producing new cartilage.  Over the course of 6-8 weeks, patients remain non-weight bearing while performing specialized exercises.  This gives the delicate clot and cells time to organize, become stronger, and to produce scar cartilage that can fill in the area of the prior damage or cartilage defect.  I feel very fortunate to have had the honor and privilege of standing next to Dr. Steadman in the OR, watching him perform this procedure on patient after patient, learning not only the skill, but the thought process behind when to perform Microfracture, and when to defer to a different method.  We generally prefer to not treat lesions larger than 2x2 cm because it results in added mechanical stress that is placed on the already sub-optimal Fibrocartilage which tends to predispose it to early failure.

Microfracture is a relatively quick and inexpensive procedure that often serves as the first-line of treatment in Cartilage Regeneration for most patients with an isolated cartilage defect less than 2x2 cm.  It does however have the drawbacks that it has recently been shown in several recent studies to deteriorate in 24-48 months after the time of surgery in younger, more active individuals, and high-level athletes.  On account of its ease to perform and predictable efficacy over a short period in such patients, Microfracture is often used as an initial treatment that is intended to buy the athlete enough time to recover and get back into competition within a year.  However, it is not likely to represent a long-term solution for them, especially for elite athletes who rely upon explosive movements and extremes of physical demand.  On the other hand, in the more typical athlete (such as recreational level competitive athletes, or a golfer who enjoys 36 holes per week) who are less demanding on their joints, Microfracture can very easily result in lasting pain relief, improvement in joint function and overall activity for many years.

Microfracture in the News:

March 2014 - Microfracture falling out of favor among NBA stars with knee cartilage injuries.

For lesions that are too large to be definitively treated with Microfracture, or for very active young patients, or high-level athletes, we often need to perform a more durable procedure. 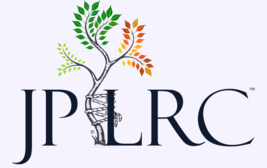