PRP is a concentrated injection that is made by collecting your own blood and spinning it through a centrifuge in order to separate the red blood cells, white blood cells and platelets into separate layers.  The Platelet-Rich Plasma layer is the yellow layer that forms on top, because it is the least dense.  Most people know that Platelets play are very crucial role in forming blood clots when we get injured and start bleeding.  What most people don't know is that those clots form everywhere in the body whenever there is tissue injury, and the Platelets are responsible for the MOST important phase of healing - the Inflammatory Phase.  Inside of each platelet are many tiny granules.  Contained within these granules are all of the important signalling compounds and molecules that help direct the body how to go about healing.  If the platelets form a clot near a broken bone, they release the granules that contain those chemicals that are in charge of directing the body to recruit cells that make new bone.  When a tendon ruptures, platelets form a blood clot and release the granules that contain the chemicals which direct the body to form new tendon tissue.

By now you're probably wondering what these chemicals are.  They are called Growth Factors and platelets contain lots of these cell-signalling molecules, which may also be referred to as Cytokines. Examples include VEGF (Vascular endothelial growth factor), TGF-Beta (Transforming growth factor Beta), PDGF (Platelet derived growth factor), FGF (Fibroblast growth factor), IGF-1 (Insulin-like growth factor), Interleukins, and the list goes on.  For example VEGF and FGF both play a crucial role in stimulating and directing skeletal development and bone regeneration, and not surprisingly, they are both released by platelets in high concentrations at fracture sites.  PDGF plays a crucial role in maintaining healthy articular cartilage, and is released by platelets in high concentrations at locations of cartilage injury. IGF-1 is responsible for stimulating DNA synthesis and cartilage matrix proliferation within injured cartilage.  One thing that all of these Growth Factors have in common is that they recruit and activate Stem Cells to the site of injury or damage.  As we just learned, the specific growth factor(s) that those stem cells seen when they arrive determines what those stem cells evolve into.   There is a separate discussion on stem cells which can be found be accessing the menu above, or by clicking here.

And this is cause for excitement.  What Dr. Harris and other researchers are attempting to do is control exactly which growth factors get released in the highest concentrations, depending on the purpose for your PRP treatment.  In other words, if you have damaged cartilage, then we want your platelets, or PRP injection, to release predominantly PDGF since not only will the other growth factors not necessarily be helpful, but in fact, they may actually confuse your body's stem cells and result in a poorer healing response. Until recently, we did not understand how to preferentially control what growth factors can be released the most but with recent advances, we are now taking greater strides toward accomplishing precisely this.

Ironically, we are taught that Inflammation is BAD...which couldn't be further from the truth.  Inflammation is the body's first defense against injury, and its first step in trying to repair whatever is torn, disrupted or damaged. Take a fracture for instance.  The first thing that forms at the fracture site is a hematoma, thanks to the function of Platelets. Packed within this hematoma are all of the Most Important healing products, like growth factors and signalling molecules. This "Inflammation" is the very first stage of bone healing....and the same is true for Tendon, Ligament and Muscle healing.

Patients oftentimes are directed to take NSAIDs (anti-inflammatory medications such as Motrin, Naprosyn and so on) because they want to alleviate the PAIN.  By stunting the Inflammatory phase of healing, patients are actually delaying their recovery and impairing their body's attempt to heal itself.  For years we did not understand and recognize this, but recently, more attention has been given to explicitly telling patients to avoid such medications in these settings. For example, a patient who sustains a fracture, and takes Naprosyn, or extra-strength Motrin (Ibuprofen) actually have longer healing times, weaker healing, and more complications than patients who avoid such medications.

Scientists studying Platelet function and healing soon realized that instead of stunting this process, we should instead HELP it as much as possible.  We do this by obtaining a concentrated amount of Platelets as described above, and injecting them into the site of injury.  Everyone from the professional athlete to your aging grandmother benefits from having an improved healing response, quicker recovery, and fewer healing complications.

Dr. Harris first became involved in using PRP injections on his professional hockey players and professional triathletes while he was working in New York, seven years ago.  At that time, the process was very new and experimental, and the systems available were quite rudimentary.  But...they Worked!  Professional athletes were back out on the ice sooner, their recurrence of injury was less, and it was an overwhelming positive response.  Slowly, we began offering this to other professional athletes, and eventually, to non-athletes who just wanted to heal faster.  The success stories continued to mount.

In the last five years, protocols and purification methods have grown more complex and sophisticated. Research Studies like the ones that Dr. Harris is conducting have demonstrated conflicting data because as we have found out, not all PRP systems and methods are equivalent or effective.  Lately, we have begun to hone in on the finer nuances of isolating PRP.  We now focus on the precise speed and time that the blood is spun for, the amount of blood we take, the amount that we inject, and so on.   There are nearly 1,000 proprietary PRP systems available world-wide. Dr. Harris has traveled abroad and worked with many of the inventors in order to recognize which systems work the best, and he is pleased to provide these to his patients today.

We are still learning the full utility of PRP injections, and Dr. Harris hopes that his research will soon shed even more light into its use within a variety of patients and settings.  Thus far, the results are very reassuring when PRP is performed properly and prepared with equipment that is capable of concentrating the cells in the concentrations that are needed.  One of the biggest problems that we are facing is that every physician and his/her cousin are trying to claim an ability to use PRP without proper training, and with inadequate systems that are cheap and easy to purchase. They end up injecting a poorly prepared, ineffective treatment dose into a patient and no improvement is appreciated. To make matters worse, they report their poor results to medical journals and organizations, and dilute the effective work being done by those of us who actually have vested the time needed into fully understanding and developing effective treatments.  Currently, this dilution has led insurance companies to deny the validity of PRP, and therefore, they have imposed the burden of cost to the patient.  Dr. Harris and many other researchers are working to undo the irresponsible work of their colleagues and change this.

The typical protocol for acute treatment is that a patient will receive anywhere from one injection, up to three over a short course.  The condition always dictates the treatment though.   In situations where we are addressing something more chronic, or ongoing in nature, then we will likely prefer to administer only one PRP treatment for a given period of time followed by additional injections months later in order to space out and maintain a recurrent healing response. Eligibility for PRP treatment in the acute setting depends on the timing of your injury and the condition that you are suffering from.  This is because we are trying to augment and manipulate the Inflammatory Phase, which typically lasts only 14-21 days.  Injecting PRP beyond this time frame may be unlikely to add additional benefit for the treatment of an acute injury if we discover that the body has already entered the next phase of healing.

However, there are instances where patients who are suffering from a chronic injury are experiencing ongoing inflammation.  In other words, for one reason or another their body has not been able to heal itself.  PRP has also shown efficacy in these situations, as a sort of "Kick-Start" to a better healing process, and Dr. Harris has a lot of experience treating patients who fall into this category as well.  For this reasons, we make every effort to schedule patients with acute injury immediately, given that our window of opportunity is small.  When calling to schedule an appointment, be sure to give the office staff information about how long it has been since you were injured, and the nature of your injury. 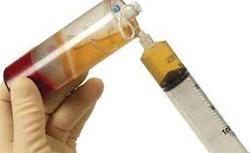 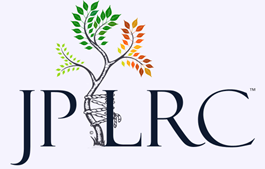